CSEA Wishes You a Safe and Happy Labor Day 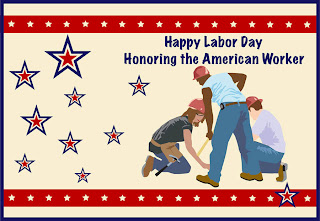 CSEA members will celebrate Labor Day throughout September through parades, picnics and other events to honor workers. Please join an event near you to support workers. 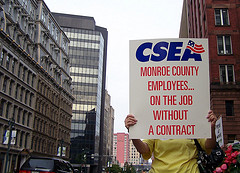 CLICK HERE to read an interesting article that appeared in the City Newspaper this week.

The Tentative Agreement between CSEA Unit 7400 and Monroe County will be  sent to each member's home address of record no later than August 31st. If you don't get a copy by next week please call the union office.

Remember the membership meeting scheduled for 9/10/12 at 5:30pm CLICK HERE for details.
Posted by Jim D'Amico at 8:38 AM No comments: 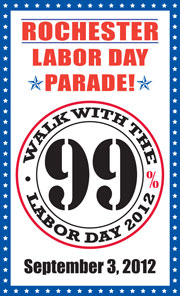 I hope you can join us for the Labor Day Parade on Monday, Sept 3rd.  Our line-up will be at 10:00AM with the kick off at 11:00 - be sure and be there by 10:30 as they close the streets.  We will be in our regular spot across from Strathallan Hotel on East Avenue.     We will have a float and signs to carry as well as t-shirts, coffee & donuts.  We hope to see you on Monday! 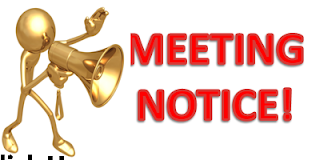 The purpose of this meeting is to discuss the Tentative Agreement reached by and between CSEA Unit 7400 and Monroe County.


A full copy of the signed Tentative Agreement will be sent to each member next week.

Pizza, Wings and Refreshments will be provided. 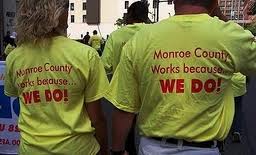 CSEA Unit 7400 and Monroe County have reached a tentative agreement in the current negotiations. This agreement is only tentative and the decision is now yours. 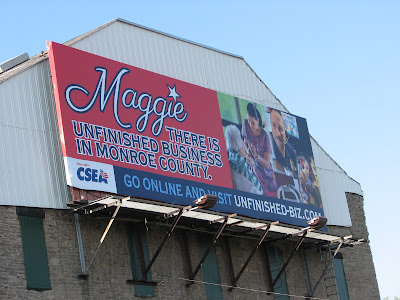 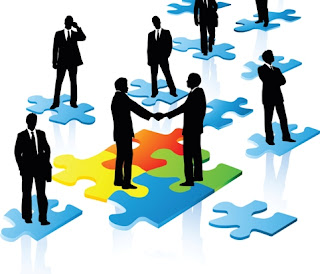 The Unit 7400 Negotiation Team met today to prepare for the negotiation session next week.  As stated before, the Union and Management Team will meet at 9:00am on Tuesday August 21, 2012 in yet another attempt to reach a fair agreement. The Union Negotiations Team is ready to discuss any ideas the County may have to reach an agreement.

The Union Negotiation Team remains determined to get a fair pay increase and to protect our member’s benefits. Check back on this page for updates next week.
Posted by Jim D'Amico at 10:34 PM 2 comments:

A Few Words From Danny Donohue

Presidential candidate Mitt Romney's selection of Wisconsin U.S. Rep. Paul Ryan is another measure of the attack on the middle class. Ryan is the architect of the congressional budget proposal that would cut essential services to give tax breaks to millionaires and billionaires at your expense. The non-partisan think tank Center on Budget and Policy Priorities (CBPP) in Washington D.C. says the Ryan budget would shift very substantial costs to states. States are already hurting and more cuts would further the slow economic recovery. Education, transportation, public safety, community development, housing, workforce training, child care, and health would all suffer cuts. 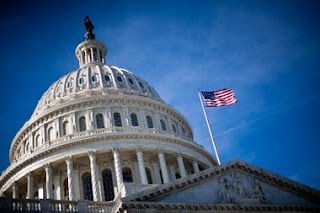 Last week the Center on Budget and Policy Priorities released a new report showing that a “Cuts Only” approach to reducing the federal deficit would drastically cut federal investments in education, roads and bridges, and disaster relief. Cuts of this magnitude would do great damage to the economy. FPI’s press release highlights the fact that the House-passed “Ryan Budget,” a prime example of the “Cuts Only” approach, would cost New York state and local governments $2.7 billion in 2014 alone and $21.2 billion from 2013 through 2021.
Posted by Jim D'Amico at 5:31 AM No comments:

There is Unfinished Business in Monroe County


CSEA is starting a new campaign in to aid in the membership in getting the fair contract they and their work is worthy of. “There is Unfinished Business in Monroe County” will highlight that the Monroe County Workforce is one of highest quality, valuable to the community it serves and that working for 4 years without a contract is ridiculous by any person’s standards.

The new campaign will begin in August with public billboard advertising and new web page, http://unfinished-biz.com.

The is still barred from moving forward with the fact-finding process due to a previous frivolous improper practice charge filed by the County that has yet to be resolved by the Public Employment Relations Board (PERB). However, after requests from CSEA, the County has agreed to re-enter negotiations with the CSEA negotiating team on August 21st.  Both parties have agreed to do a “marathon session” in an attempt to reach the fair agreement that both sides can accept, meaning that the negotiations will be scheduled to run the entire day. As always, CSEA will inform the membership via the “Blast” as to the results of that meeting.

CSEA Unit 7400 President Cris Zaffuto said, “The County Administration needs to understand that this process has gone on for an extremely long period and our members are tired of being economically paralyzed just because they are public employees, we can and will have an agreement if the County is truly willing to work with us.”

If this upcoming negotiations meeting does not produce a viable agreement for the membership, then CSEA will continue to move forward with the new campaign. The campaign will alert the public to the facts that the , has continued to stall the negotiations process, continues to devalue and demoralize their employees and continues to attempt to divide the union membership.

CSEA remains vigilant with sending our message to the entire and urges all members to come to the next legislative meeting. Tuesday, August 14th, 5:45 - Meeting, County Office Building

Please print off the Unit 7400 Negotiation Update (BLAST) and distribute it to your co-workers. You can access the BLAST (to print) if you CLICK HERE!!
Posted by Jim D'Amico at 3:12 PM No comments:

A very Important message to all members of Monroe County Employee Unit 7400!! 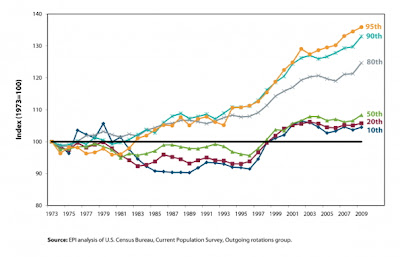 By Dylan Matthews , Washington Post: July 31, 2012
Many economists have expressed concern that median wages have stagnated since the 1970s, as illustrated in the following chart from the Economic Policy Institute. …. As you can see on the black line in the above graph, median earnings for men in 2009 were lower than they were in the early 1970s. And it gets worse. The decline shown above is actually too mild, because it doesn’t take into account the massive exodus from the workforce of men since that period. Between 1960 and 2009, the share of men working fulltime fell from 83 percent to 66 percent, and the share not making formal wages tripled from 6 percent to 18 percent.

Public-sector belt-tightening: thrift, or long-term drag on US economy?

… For three years, city governments have been shrinking their workforces. Most communities pay their municipal employees and fund their schools and other services using tax revenues and fees collected for licenses and other things. … The resulting cuts in local government have subtracted almost one-quarter of a percentage point from annual gross domestic product (adjusted for inflation) each of the past four years, Moody's Analytics estimates. The total impact during that period: about $150 billion. Moreover, the cuts have accelerated over the past year, according to Moody's. … "A lot of the private sector depends on the public sector," says Chris Hoene, director of research and innovation at the National League of Cities in Washington. "There are estimates that for every $3 spent at the municipal level, there is $1 in new private-sector activity."

Six months from now, the U.S. economy is poised to fall over a fiscal “cliff” and into another recession, resulting in the loss of an estimated 2 million jobs and pushing the unemployment rate back over 9 percent, according to several government, private, and academic analysts. However, forecasters do not expect this worst-case scenario will actually happen, instead predicting Congress will intervene later this year to prevent the automatic federal spending cuts and expiration of income tax cuts from occurring.