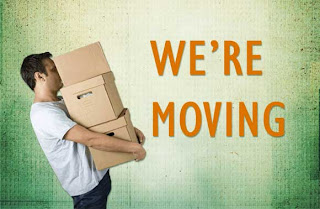 Rochester, N.Y.-- The offices of Civil Service Employees Association Monroe County Local 828 and Monroe County Employees Unit 7400 will be moving effective March 11, 2013.
The new address will be:
1354 Buffalo Road, Suite #6 (close to Howard Rd.)
Rochester, New York 14624 (CLICK HERE)
All contact information will remain the same. For any questions or concerns, please feel free to call our office anytime. If we are temporarily unavailable please leave a short message with your phone number and we will get back to you as soon as we can.

This week in Albany

CSEA Pushes Back Against Budget Plans

The Senate and Assembly held joint budget hearings throughout the past month to examine Governor Cuomo’s proposed budget. On February 27th, CSEA Director of Legislative and Political Action Francine Turner testified before the Senate Finance Committee and the Assembly Ways and Means Committee regarding workforce development contained in the proposed budget.

The main focus of the testimony was explaining to legislators that this budget presents us with a choice.  We can either take the route presented by Governor Cuomo, which reduces and privatizes public services and has resulted in the loss of 50,000 public sector jobs across the state since 2010, or we can embrace our commitment to good jobs with good wages and benefits.

We strongly urge you to call your legislators to reject the further erosion of our communities and reject the trend of balancing budgets by dismantling the public workforce.

Additionally, CSEA joined the Public Employees Federation and the New York State Sheriff’s Association to call on the Governor to release a specific plan for changes to the mental health system in the state. As currently proposed, the 2013-14 budget provides vague language that will downsize state services without a plan in place for where new services will be made available. The Executive Budget calls for only a small amount of the promised savings to be reinvested into the community.

We have created a series of video discussions with Legislative and Political Action Director Francine Turner that go over the areas of the budget that are most important to CSEA members.Click here to see the videos.

As of this writing, President Obama and Congress have failed to reach a deal to avert $85 billion in federal spending cuts, resulting in the loss of $275 million in federal aid to New York this fiscal year. The cuts will hit the state hardest in education, public health, public safety, environmental protection, and job assistance programs.

Please call your Congressional Representative today at 888-659-9401 to tell them to reverse this plan.

Don’t forget the annual CSEA/AFSCME lobby day is on March 5, 2013 from 11AM – 3:30 PM at the Empire State Plaza Convention Center.

CSEA Fights to save your Pension Benefits

“CSEA has no hesitation in saying that the proposal for a new public employee pension tier is an assault on the middle class and a cheap shot at public employees. It will provide no short-term savings and will mean people will have to work longer, pay more and gain less benefit. Simply put, the Tier VI provisions would be onerous on working people and undermine middle class security and the governor ought to be more concerned about that.