March, 2012
By Danny Donohue
From the Labor Press


Under the cover of darkness, Gov. Cuomo, state Senators and Assembly members put their self-interest ahead of people as they approved a modified Tier 6 pension plan. But in the light of day it’s now clear they also inserted a boondoggle provision that amounts to an outrageous giveaway of taxpayer dollars to themselves and their highly paid political cronies.
Legislators and political appointees being paid more than $75,000 annually are  all in line to cash in for thousands of  dollars every year! The expanded 401(k) style program lavishes an extra eight percent of salary, over and above their lucrative pay -  literally thousands of dollars – into their individual investment funds. This after Cuomo and lawmakers claimed that New York can’t afford decent pensions for low and middle income frontline public workers any more.
Making it even worse, frontline workers now need ten years of service to vest in their modest pension program. But the politically favored few can literally take the money and run after just one year of service – so it’s like getting a cash bonus windfall they didn’t earn.
So while the governor and his supporters were demonizing nurses, school bus drivers, secretaries, and laborers and misrepresenting the facts about their modest pensions, they were also secretly hatching a scheme to fatten up the political dole.
CSEA is mounting a campaign to fix this boondoggle.  We hope the public will be as outraged by this deception and self-serving nonsense as we are.  We’re urging our members and their family and friends to contact their lawmakers and tell them to fix it now.
But there’s more to be done. CSEA has taken the unprecedented step of  suspending our state political endorsements and contributions.  We will use this opportunity to re-evaluate our political relationships and make judgments about the criteria we use in determining who has earned and deserves our support.
CSEA will also use this time to consult with our brother and sister unions and other allied community organizations about how we can collectively address the disrespect and disenfranchisement of working people by our state’s elected officials.
We will no longer accept politics as usual from the Governor and lawmakers.
Danny Donohue is president of the nearly 300,000 member CSEA – New York’s leading union – representing every kind of worker in every part of New York.

NEWS - YOU CAN USE

CSEA Unit 7400 is encouraging all public employees to make sure they have joined their pension plan before April 1st to avoid a reduction in benefits under the newly enacted Tier 6 pension. Click here for the NYS AFL-CIO message.
Tier VI becomes effective April 1st 2012. Some current part-time and current seasonal workers have had an option of whether  or not to join the retirement system. They may want to review the attached CLICK HERE information and join as Tier V members (instead of VI) by enrolling before April 1st. For additional information: CLICK HERE

After the passage of Tier 6 in the dead of night, CSEA has decided to suspend all state political endorsements and contributions. CSEA President Danny Donohue stated, “This unprecedented action is a direct result of the political deal between Gov. Andrew Cuomo and the state legislative leadership, Senate Republicans and Assembly Democrats, trading the future retirement security of working New Yorkers for legislative redistricting lines.”  This action is necessary to give our union the opportunity to re-evaluate our political relationships and make judgments about the criteria we use in determining who has earned and deserves our support.
Tell Your State Legislators:  Stop the Giveaway!

Governor Cuomo, State Senators and Assembly members voted for a retirement perk worth thousands of dollars for themselves and their political appointees at your expense.  Under Tier 6, taxpayers are on the hook for paying for an 8 percent of  salary retirement perk for politicians and their appointees every year!   These politically favored few will be allowed to skip out overnight, taking thousands of taxpayer dollars after just one year of service.

Send your Senator and Assembly member a message. Tell them to repeal this giveaway to the politically connected and restore fairness to the state pension fund!

Click here for summary of the Tier 6 legislation
Posted by Jim D'Amico at 7:02 AM No comments: 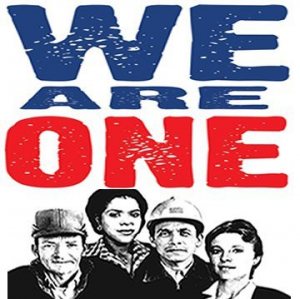 Your Union Negotiation Team has been fighting for a successor agreement since the summer of 2008.  After the membership rejected two tentative agreements negotiated between the Union and Monroe County, the County has categorically refused to revisit those Tentative Agreements. For instance, Health Insurance for retirees was left fundamentally alone in the first two Tentative Agreements. Since that time, the County has demanded considerable concessions for future Monroe County Retirees. The reason we don’t have an agreement and the reason negotiations have lasted so long is because your Union has been defending your benefits. The COUNTY is the problem, not the Union. The Union has and will continue to offer fair proposals and compromises. Your Union Negotiation Team would love to sit down and enter into reasonable discussions with the County and get an agreement. However, the County continues to demand draconian concessions that offer little in return.

In the near future, you will receive a negotiation questionnaire in the mail. This questionnaire is to help your Union Negotiation Team proceed with negotiations with Monroe County. We will clearly outline some of the County’s current proposals and rational and we would like your direct input on those items. Please mail or FAX the completed questionnaire back to the CSEA Unit 7400 Office, 167 Flanders Street, Rochester N.Y. 14619; no later than 4/15/12,  FAX: (585) 328-3319.  If you don’t receive your questionnaire soon, please call the Unit 7400 Office for a replacement at (585) 328-5250. 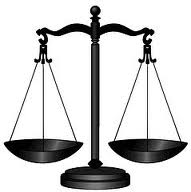 Every day Monroe County Employees go to work to provide quality services to the taxpayers of Monroe County; yet, we have worked without a contract since 2008. We have been living under a wage freeze going into our fourth year. The County has taken a hard stand against paying any retroactive pay and if they have their way, we can expect little relief for the years we have labored with no contract.
Now more than ever, Monroe County workers need to stand behind their Union Negotiation Team in our just struggle for a fair contract. We can never let Maggie and her leadership team forget; Monroe County works because we do.
Posted by Jim D'Amico at 1:15 PM 3 comments:

UPDATE: RALLY FOR A FAIR CONTRACT


At 6 pm we ask that you attend the first hour 6 pm to 7 pm of the Monroe County Legislature for those that can.

If you have a CSEA shirt: WEAR IT!!

On Tuesday night, CSEA members joined with FSW members to rally against the County’s current stance of stalemate with both unions, which will not accept County proposed contracts that have extreme health insurance costs with little to no equivalent raise in salary. Both unions have requested the and the Legislators change how their appointed administrators are conducting negotiations and force them to work to get a fair deal agreeable to both sides.
CSEA members from the County Probation Department spoke and outlined the importance of their and all of their follow members’ work, especially to the public safety of the community. They explained that they have continued to work with ever increasing caseloads while they have received no raise. They do their jobs with respect and requested that the Legislature do the same, join with the workforce to seek a contract respectable to workers and responsible to the public.
CSEA Unit 7400 President Cris Zaffuto spoke once again to the legislative body, reminding them that she has been at meetings for 3 years explaining the value of the workforce, reasons for a fair contract and requesting they use their influence to work for a positive agreement. She asked them why a chosen few are given raises and upgrades but that the bargaining unit is left “high and dry”. She also questioned what action they would take if it was their personal budgets at play and how they would feel if they went years without any raises. In commenting on how the situation is for the membership, Zaffuto said, “This isn’t a choice between getting a second job and telling your kid that they can’t go to soccer club, it’s trying to fit in a third job and telling your kid you can’t help them afford college”.
Contract Update: The CSEA negotiating team recently met with the County, at the County’s request. The team thought it meant that the County was willing to commit to a real agreement but the meeting quickly turned into the same old  game.  Despite having no contract, CSEA is protecting benefits and advocating for CSEA members throughout the County. We will never let the County forget that “ works because we do”.
Important date to remember:
Tuesday, April 10th, 5:45 - Monroe County Legislative Meeting, – “We’ll see you there!”
The CSEA Unit 7400 Leadership thanks all members for their continued involvement and will continue to keep all members up to date on the contract situation. Reminder: Get up to date info at the Unit 7400 Blog at http://unit7400.blogspot.com
Posted by Jim D'Amico at 12:23 PM 4 comments:

Stand Up For Retirement Security

Once again, the middle class is coming in 2nd to greed! Gov. Cuomo’s so-called pension reform will cut future workers’ pensions by 40%, and hand over billions to —the same people who needed a $4.76 trillion taxpayer bailout in 2009. 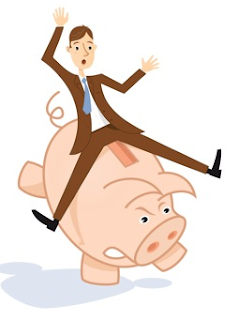 Middle class families deserve a secure retirement, and our state legislators know that. But Gov. Cuomo is pressuring our state elected officials to vote on Tier 6 as part of a re-districting deal---playing politics as usual instead of working on real legislative reforms.

Join us as we stand up for retirement security and
say NO Gov. Cuomo’s to political games!