Fact-finding on the Horizon as County Fails to Negotiate Fairly 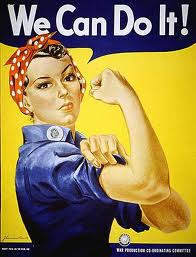 On Tuesday, The CSEA Unit 7400 negotiating Team met with the County to renew contract talks with the idea that some hard work and compromise by both sides could create a fair agreement that could benefit all parties involved. Unfortunately, the County for their part only dictated a list of concessions that the workforce “had” to take and acted as if the union’s only reason to be at the meeting was to sign terms of surrender.

“I was disgusted”, stated CSEA Unit 7400 President Cris Zaffuto. “I came to the table with our collective ‘best foot forward’ to attaining a fair agreement with contract negotiations that have been dragged on too long. The County’s action on negotiations is a plain and simple grab to take away the benefits that the workforce and their families need and that’s just not going to happen”. Zaffuto added, “Facts will show that the County has the economic ability to create a fair contract and that only political unwillingness is their drive to demoralize the workforce.”

The CSEA team is now poised at going to the next process of negotiations which is Fact-Finding. In Factfinding, PERB appoints a neutral Factfinder(mediator) to meet with both parties. It is a somewhat more formal process, where both parties meet with the Factfinder and then submit written briefs (similar to legal briefs) and research documentation supporting their positions and proposals. At the end of this stage, the Factfinder will make a written recommendation that is given to both sides. This report is not binding and can be rejected by either side. The Factfinder’s report is usually released publicly once both parties have had an opportunity to review it. This process can also take several months to complete.

The Unit 7400 Leadership urges members, now more than ever, to get involved with the situation, attending and speaking at upcoming legislative meetings to remind all county officials that the workforce will not be content until a contract agreement is reached.

CSEA Unit 7400 Leadership thanks all members for their continued involvement and will continue to keep all members up to date on the contract situation.

Download a copy of the Negotiation BLAST to hand out to your co-workers: Click Here!
﻿
Posted by Jim D'Amico at 3:50 PM