There Is Some Important Un-Finished Business in Monroe County

Returning to Negotiations Benefits All!!!

CSEA is once again calling on the County Administration to re-start the negotiations process and meet with the union negotiating team. The process has been held up by the County’s actions for over a year and after the most recent hearing with the Public Employment Relations Board (PERB); a follow-up hearing may be necessary to hear more of the County’s explanation for their bogus charges against CSEA. A final decision from these hearings may take several months, as will the process for Fact-Finding; once the process is allowed to get started.

The PERB hearing did bring some information to light. First, the County seems worried about that the Fact-finding process could result in a report that would disagree with their proposals and actions over the past three years and be more favorable to the unions’ point of view.  Second, the County is hesitant to defend itself over two workforce issues that other counties throughout the state accept as standards of negotiations. The two issues are Retroactive Pay and Domestic Partner Benefits, which CSEA has requested to be part of the contact in the past, are not “new” proposals, and again, taken for granted to be a standard part of collective bargaining agreements by many government entities statewide.

Now that the County’s motives have finally surfaced. CSEA is only asking that the County follow the process to explain their position on these issues in Fact-Finding, or drop their labor charges against CSEA and get back to the negotiation table. The CSEA negotiations team is very confident that the PERB hearing decision will exonerate the union from any bad-faith bargaining practices. The team is also motivated by the recent findings and expectations that a Fact-Finding report would be more favorable for the union as well. CSEA Unit 7400 President Cris Zaffuto said, “It would be better for all parties, if the County would just meet with us for proper negotiations, create a new agreement with us and move it forward to the membership. This constant stalling and waiting for decisions and reports only wastes time and will not be productive for the County in the end.” She added, “I hope the County sees the writing on the wall and we can work to re-build the decent labor/management relations we have had in the past.”

CSEA urges all members to come to the next meeting of the County Legislature and join your negotiating team as they request the legislator’s support in returning to negotiations with the Administration.


Click here for a current copy of the CSEA BLAST - Please distribute to your co-workers!

The CSEA Unit 7400 Leadership thanks all members for their continued involvement and will continue to keep all members up to date on the contract situation. Reminder: Get up to date info at the Unit 7400 Blog at http://unit7400.blogspot.com 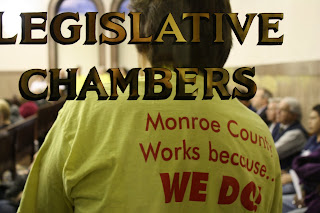