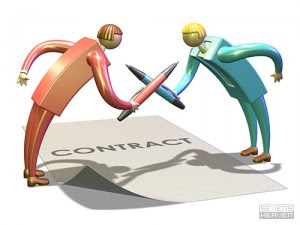 The union has received a number of questions lately about negotiations. Here are some commonly asked questions and the response from Unit President, Cris Zaffuto:
Q. In the Democrat & Chronicle there was an article on the front page regarding how flush with money Monroe County is and that the county would advance 40 million in sales tax payments to school districts. Why can’t we get a contract?
A. We have seen the articles in the press that you referred to. It is our intention to use the facts quoted along with other research data we have done to make our arguments for a fair contract at the bargaining table. (It is important to know that the County has continuous financial obligations to the school districts regardless of what was said in the paper.) Unfortunately, our analysis of the financial viability of Monroe County is not as rosy as it was stated in the paper.
Q. Why did the negotiation team recommend a yes vote on the tentative agreements and why don’t we have more union meetings?
A. Clearly, the last tentative agreement was presented in numerous well published meetings throughout the county. At every meeting the tentative agreement was presented with the accompanying facts and data. All meetings were open to questions and comments and there never was any attempt, by this writer or the accompanying negotiation team members, to force members to vote yes. We recommended a yes vote as per our responsibility under the law, but clearly indicated the choice was up to the members in an open democratic vote. After a full year of hard, tenacious negotiations; the negotiation team felt the members had a right to see what the county was willing to give and to put it up for a vote.
Q. It does not seem like the negotiation team is pushing for retroactive pay. Why?
A. Quite to the contrary; the negotiation team pushed hard and long in negotiations for retroactive pay. The major reason the negotiations took so long was the county's continuing unwillingness to give retroactive pay any consideration whatsoever. The county has taken the position of no retroactive pay for all their bargaining units (CSEA & others) and no one has received retroactive pay for at least six years, from the information we have. When it became clear to the negotiation team that the county would not consider retroactive pay under any conditions, the decision was made to bring the issue back to a vote. As every day that there is no agreement means money out of our members’ pockets; we felt folks had a right to vote on what was on the table.
Q. What is going on now with negotiations?

A. Your negotiation team is pushing to get back to the bargaining table. We have had an exhaustive number of meetings throughout the county to explain the tentative agreements. We will continue these efforts.
I would urge all CSEA members to get involved in the fight. Attend events, rallies, etc. so the County sees we need a good contract.


YOUR negotiation team has fought hard over the last year and will continue to work hard until we get an agreement that can be supported by our membership. Please feel free to give me a call should you have any additional questions. My telephone number is (585) 328-5250. Please submit questions to unit7400@rochester.rr.com