CSEA IS ON THE MOVE IN MONROE COUNTY 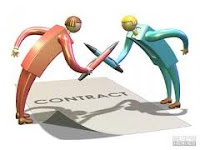 We have had a great November! We have met with hundreds of CSEA Members throughout Monroe County to discuss the contract mobilization. All over the County CSEA members are getting involved in our just effort to get a fair contract.

Since the beginning of the year, every meeting your CSEA Negotiation Team has had with the County was initiated by CSEA. Not once has the County initiated a negotiation meeting or any contact that is negotiation related. One has to wonder if the County even wants to be a true partner in these negotiations. The last offer by the County (click here) with it draconian increases in out-of-pocket health insurance co-pays was presented in a “my way, or the highway” manner. While the Union clearly indicated the reasons their proposal was unacceptable, the County turned a blind eye to the reasonable proposals made by the union.

The mobilization continues and we need your involvement. See below for important upcoming dates for December.


IMPORTANT: Please mark your calendars for December 14, 2010 to attend the Monroe County Legislature Meeting. Please be there by 5:45pm. Call The Unit 7400 Office for additional information.
A look back through the Mobilization effort in pictures: CLICK HERE!!


Get involved in the mobilization: Call the CSEA Office at 328-5250 to volunteer or CLICK HERE!

IT IS SIMPLE AND IT IS FREE! FOR MORE INFORMATION CLICK HERE! 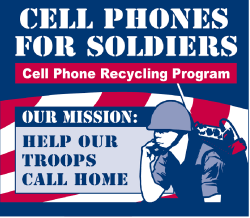 Cell Phones for Soldiers hopes to turn old cell phones into more than 12 million minutes of prepaid calling cards for U.S. troops stationed overseas in 2008. To do so, Cell Phones for Soldiers expects to collect 50,000 cell phones each month through a network of more than 3,000 collection sites across the country.
The phones are sent to ReCellular, which pays Cell Phones for Soldiers for each donated phone – enough to provide an hour of talk time to soldiers abroad.
“Americans will replace an estimated 130 million cell phones this year,” says Mike Newman, vice president of ReCellular, “with the majority of phones either discarded or stuffed in a drawer. Most people don’t realize that the small sacrifice of donating their unwanted phones can have a tremendous benefit for a worthy cause like Cell Phones for Soldiers.”
Cell Phones for Soldiers was founded by teenagers Robbie and Brittany Bergquist from Norwell, Mass., with $21 of their own money. Since then, the registered 501c3 non-profit organization has raised almost $2 million in donations and distributed more than 500,000 prepaid calling cards to soldiers serving overseas.
“Cell Phones for Soldiers started as a small way to show our family’s appreciation for the men and women who have sacrificed the day-to-day contact with their own families to serve in the U.S. armed forces,” says the teens’ father, Bob Bergquist. “Over the past few years, we have been overwhelmed by the generosity of others. But, we have also seen the need to support our troops continue to grow as more troops are sent overseas for longer assignments.”
Through increased fundraising efforts, the Bergquist family hopes to raise more than $9 million in the next five years to fund new programs, such as providing video phones with prepaid service to allow soldiers abroad to see their families on a regular basis.
IT IS SIMPLE  AND IT IS FREE! FOR MORE INFORMATION CLICK HERE!
Posted by Jim D'Amico at 11:09 AM No comments:

Monroe County workers have been on the job and working without a contract for nearly two years! This is the story (IN pictures) of their struggle for a fair contract!
Posted by Jim D'Amico at 1:13 PM No comments:

Rochester Business Journal
November 12, 2010
No doubt about it, public employees have targets on their backs.
But one can make a powerful argument that the problems facing state governments are due to the failure of Wall Street and a horrible economy-not retirement funds for public employees. Research published a few weeks ago by the Economic Policy Institute and recent reports from several reputable news agencies also support this notion.
READ MORE (CLICK HERE)
Ove Overmyer is president of CSEA Local 7420, City of Rochester Library Workers.
Posted by Jim D'Amico at 9:42 AM No comments: 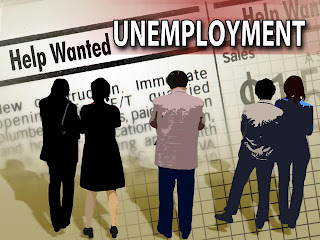 For many job-seekers, unemployment is the difference between total hopelessness and access to a car, a place to live and food on the table during the toughest job search of their lives. Congress is only in town for a few days before leaving for Thanksgiving.

Please add your name to our emergency petition. Tell Congress to take urgent action to renew these critical unemployment benefits now.
To Members of the U.S. House of Representatives and Senate:


Your action is urgently needed to renew the federal unemployment insurance programs before they expire Nov. 30. These benefits have a significant, positive impact, not only helping millions of job-seekers in a tough economy, but also providing support for communities striving to achieve a sustained economic recovery.


When Congress reconvenes after the elections, its first priority must be to renew and continue the full federal unemployment benefits program. As the holidays approach, don't turn your backs on America's unemployed workers and their families!
CLICK HERE TO SIGN THE PETITION
Posted by Jim D'Amico at 2:26 PM No comments: